Located in a former gin distillery dating from 1910 in the Largo Isarco industrial complex on the southern edge of Milan, the new home of Fondazione Prada is a coexistence of new and regenerated buildings including warehouses, laboratories and brewing silos, as well as new buildings surrounding a large courtyard.

The complex aims to expand the repertoire of spatial typologies in which art can be exhibited. The project consists of seven existing buildings, and three new structures: Podium, a space for temporary exhibitions; Cinema, a multimedia auditorium; and Torre, a nine-story permanent exhibition space for displaying the foundation’s collection and activities.

It is surprising that the enormous expansion of the art system has taken place in a reduced number of typologies for art’s display. To apparently everybody’s satisfaction, the abandoned industrial space has become art’s default preference – attractive because its predictable conditions do not challenge the artist’s intentions – enlivened occasionally with exceptional architectural gestures. The new Fondazione Prada is projected in a former industrial complex too, but one with an unusual diversity of spatial environments. To this repertoire, we are adding three new buildings – a large exhibition pavilion, a tower, and a cinema – so that the new Fondazione Prada represents a genuine collection of architectural spaces in addition to its holdings in art.The Fondazione is not a preservation project and not a new architecture. Two conditions that are usually kept separate here confront each other in a state of permanent interaction – offering an ensemble of fragments that will not congeal into a single image, or allow any part to dominate the others. New, old, horizontal, vertical, wide, narrow, white, black, open, enclosed – all these contrasts establish the range of oppositions that define the new Fondazione. By introducing so many spatial variables, the complexity of the architecture will promote an unstable, open programming, where art and architecture will benefit from each other’s challenges. 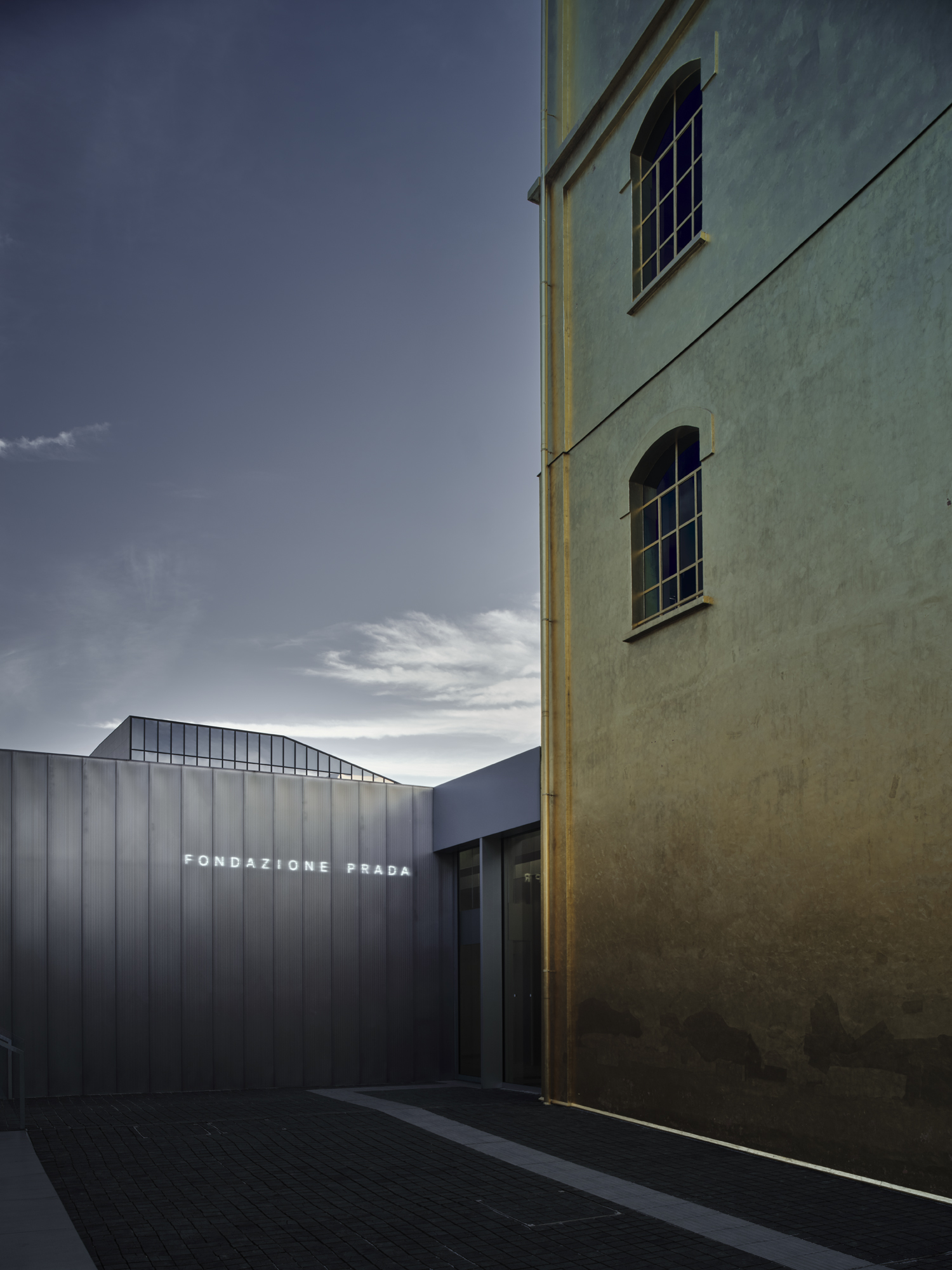 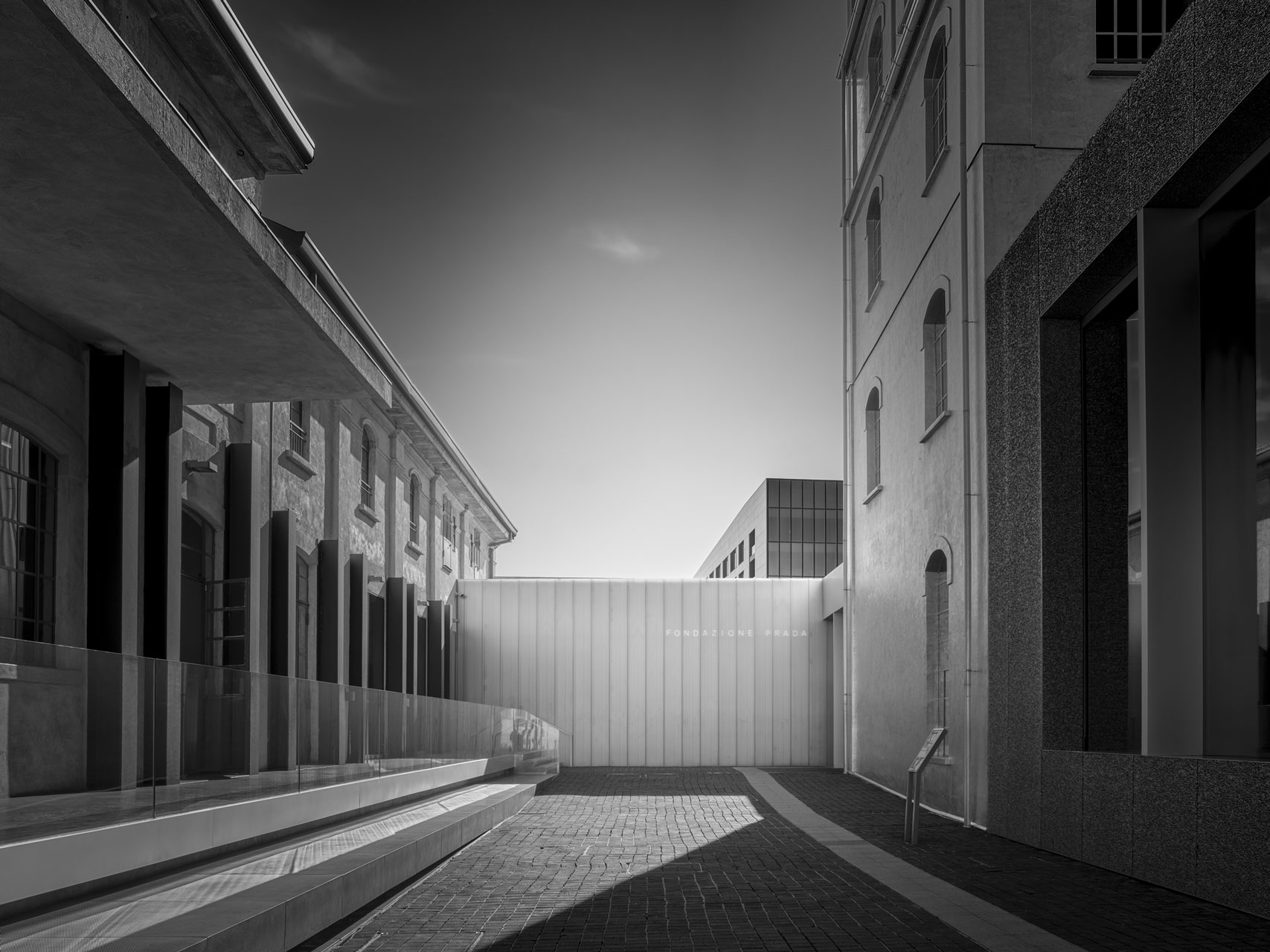 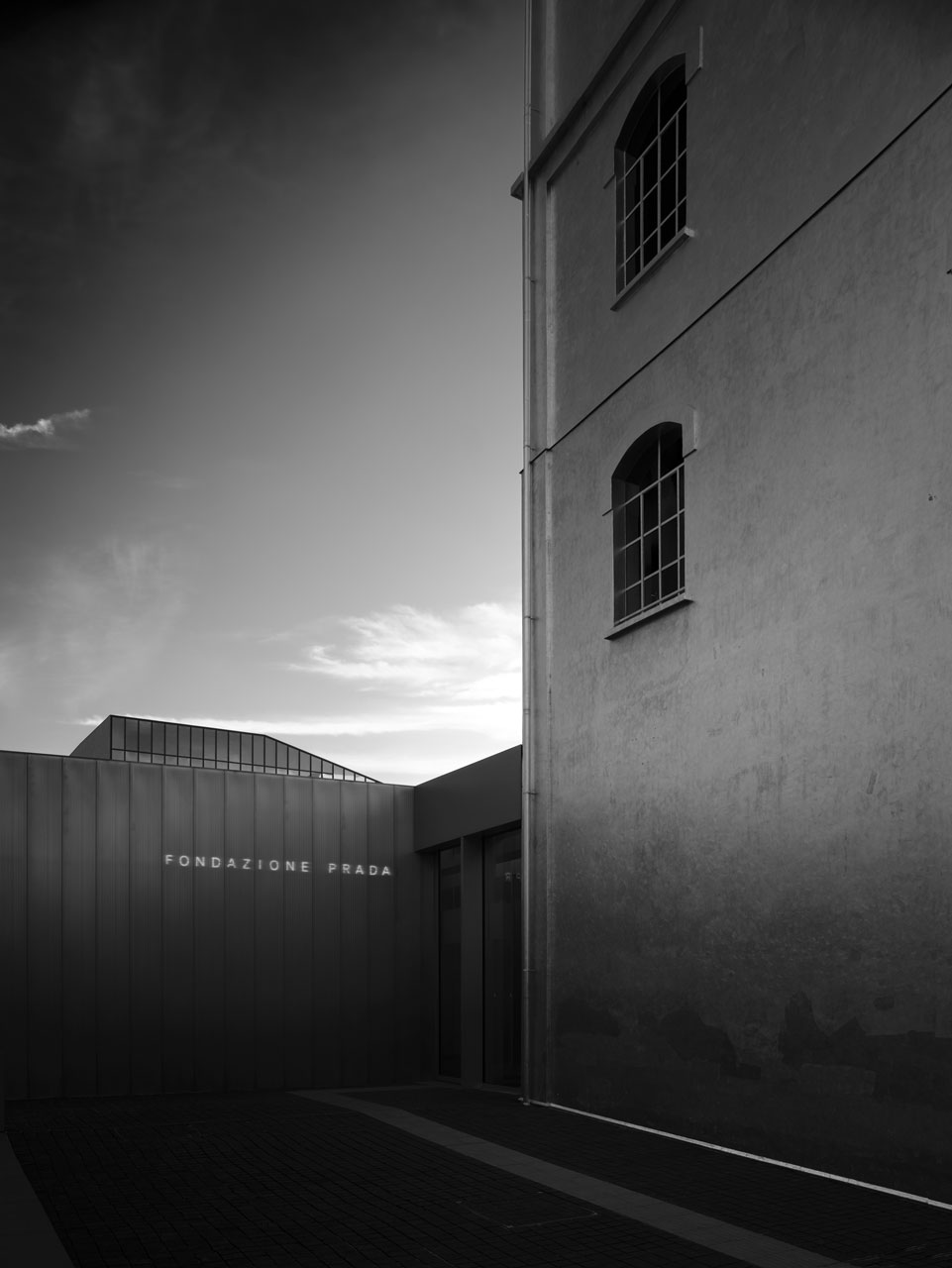 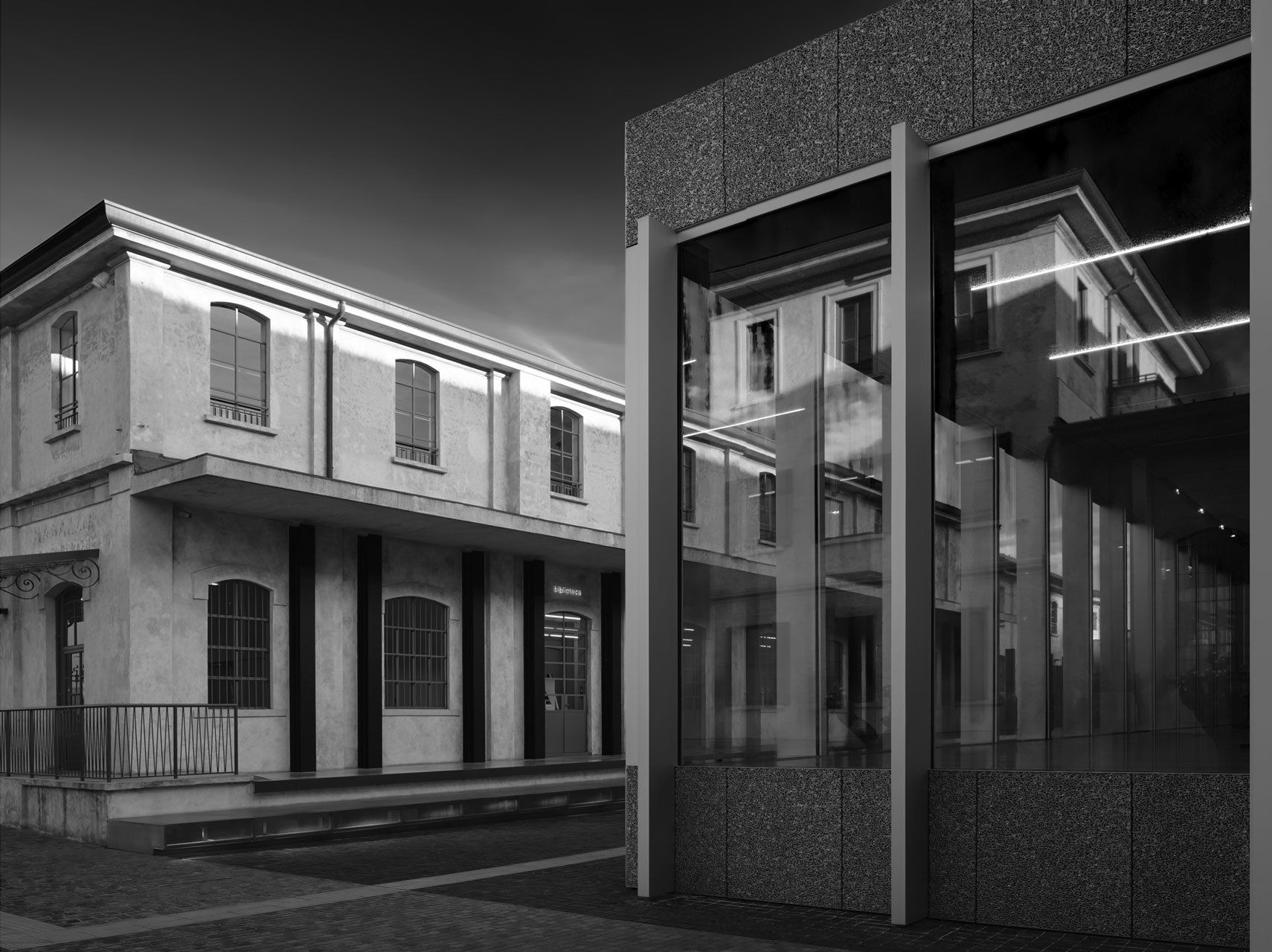 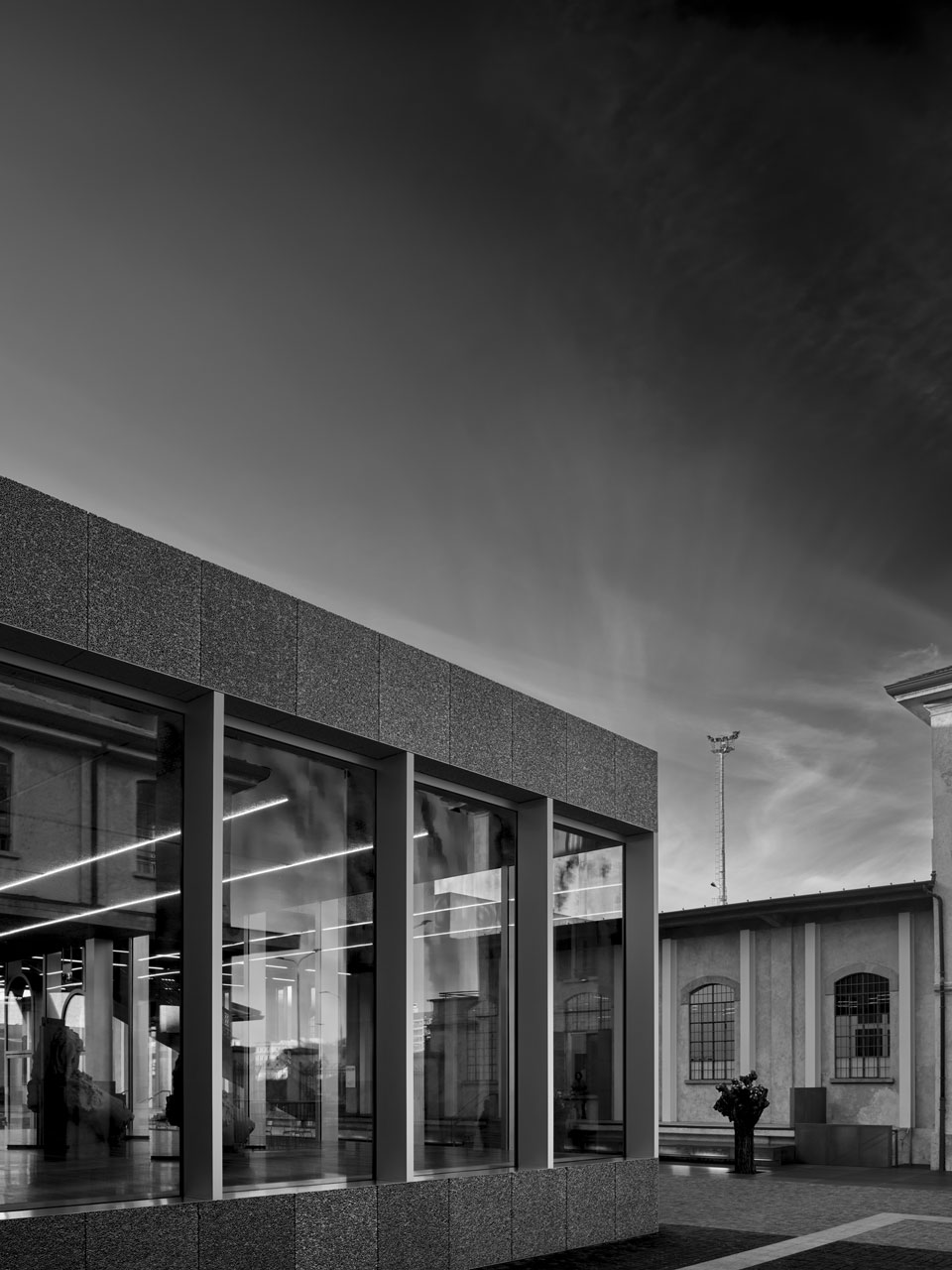 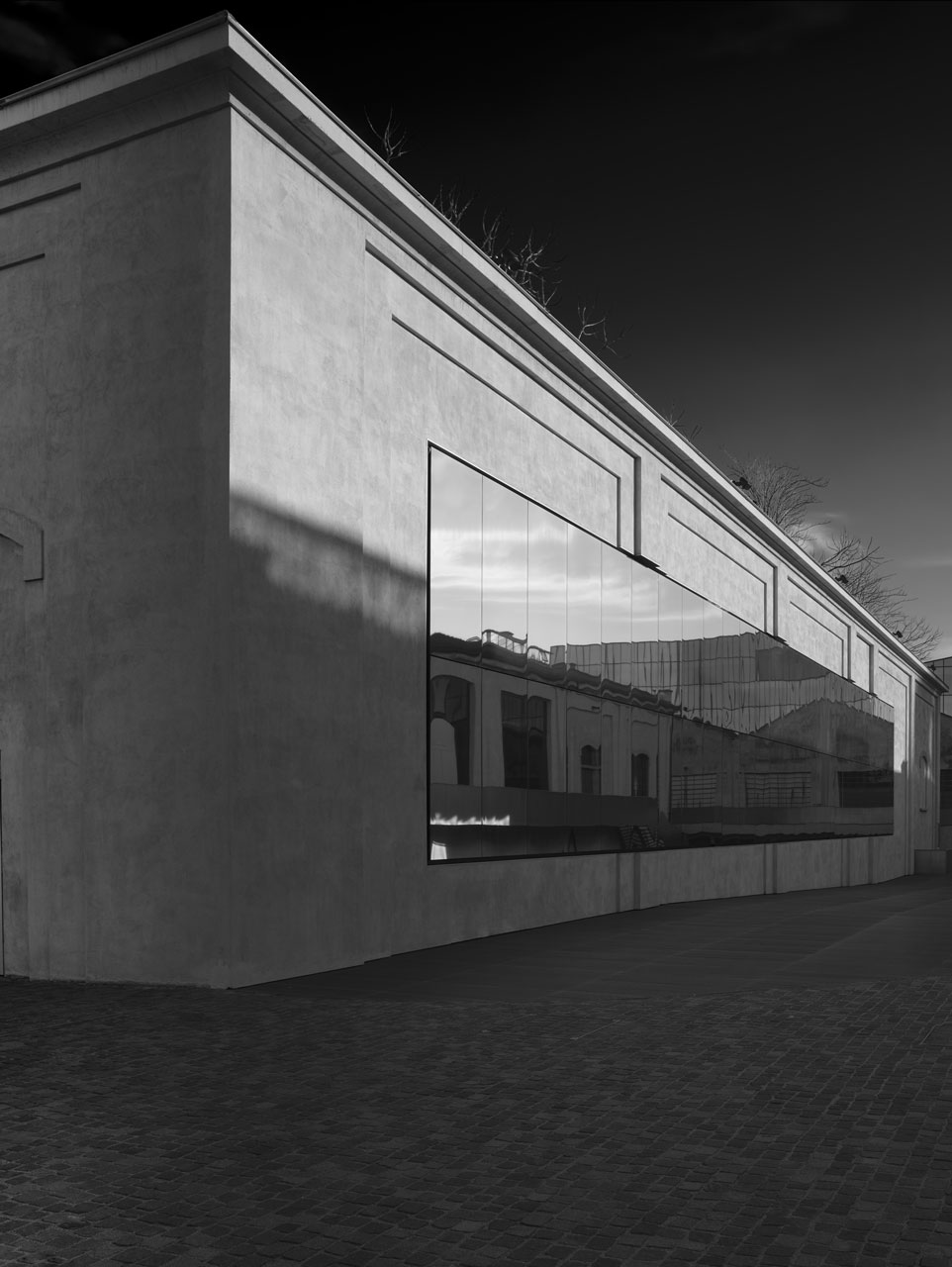 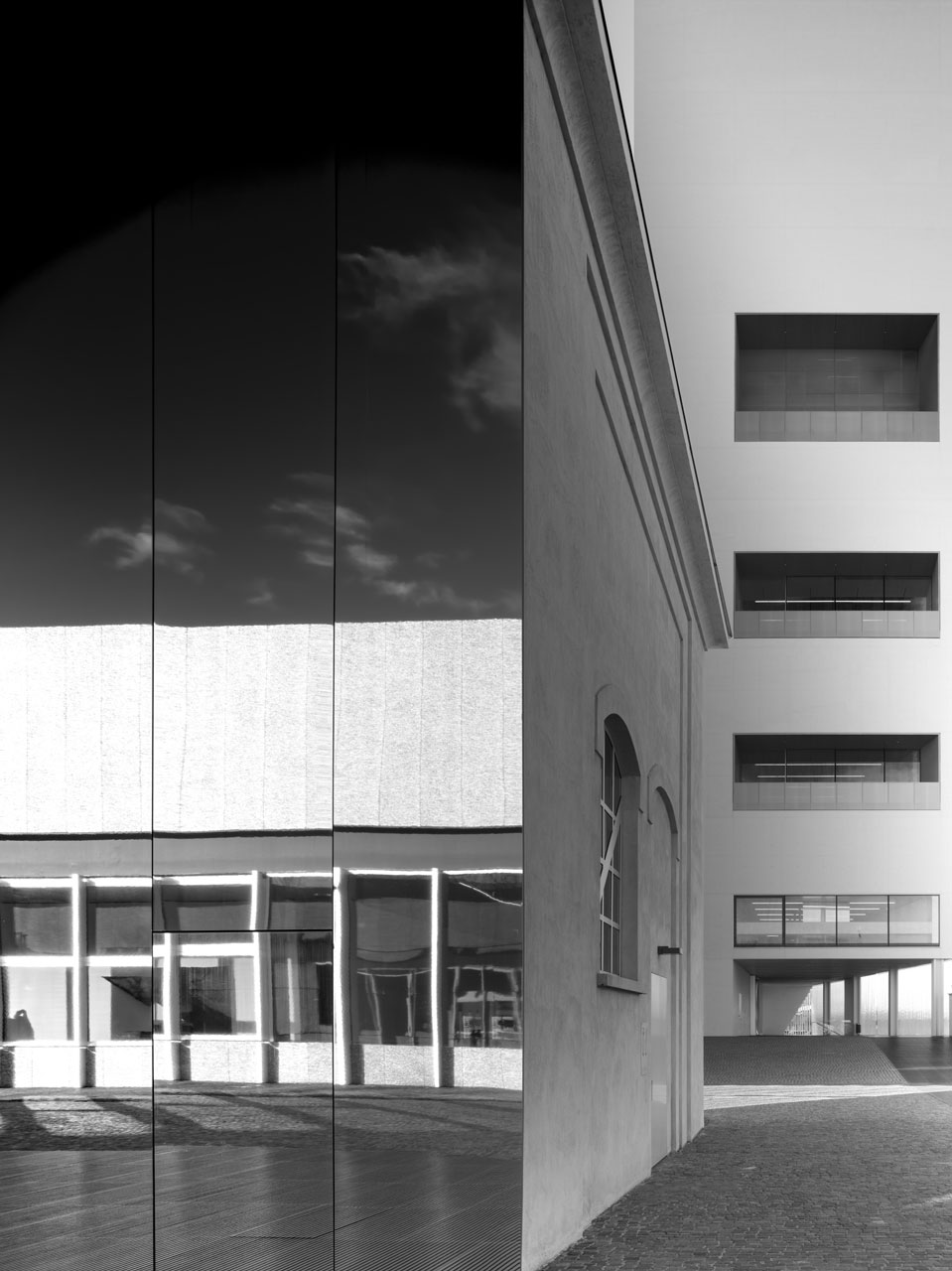 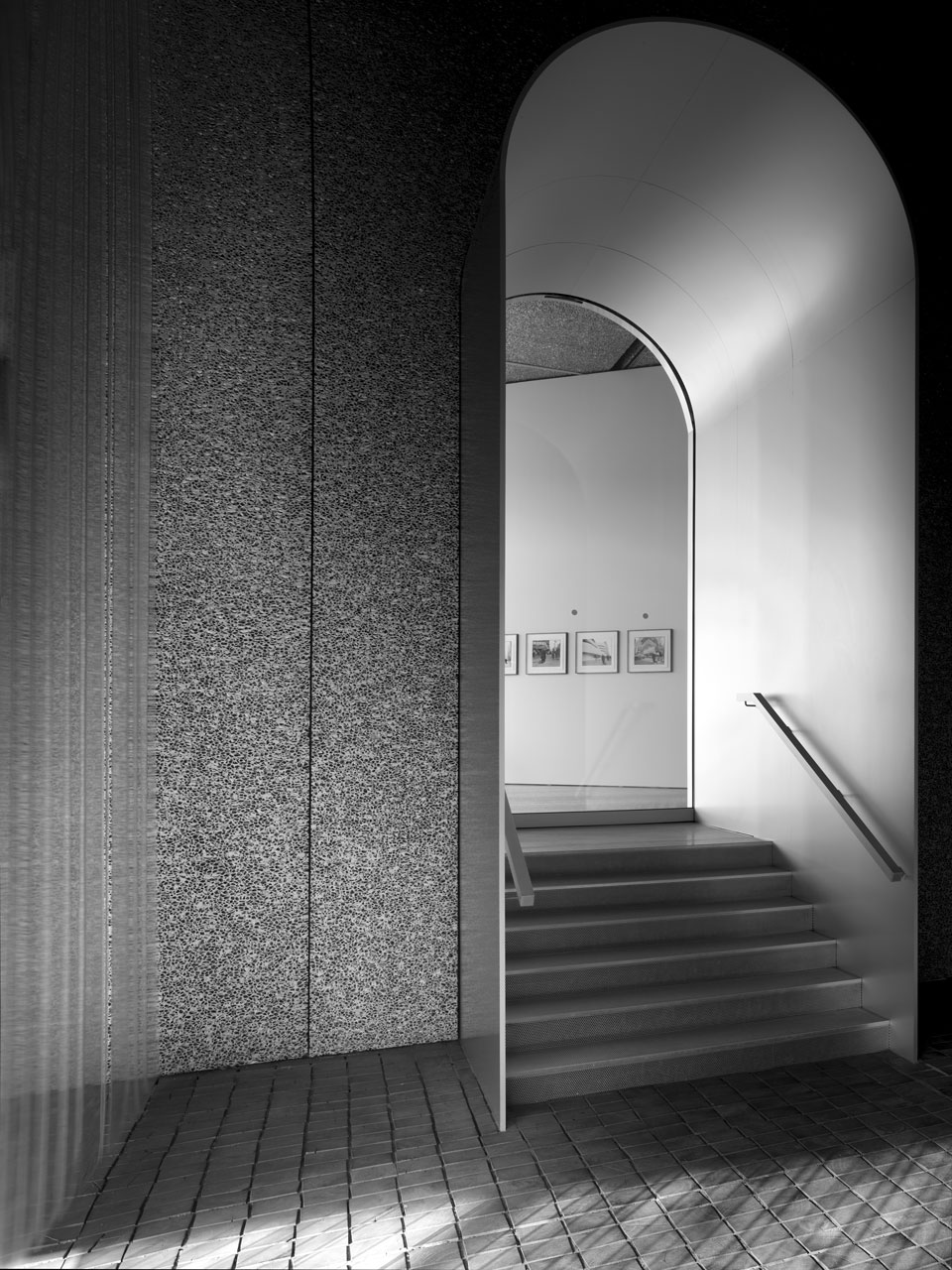 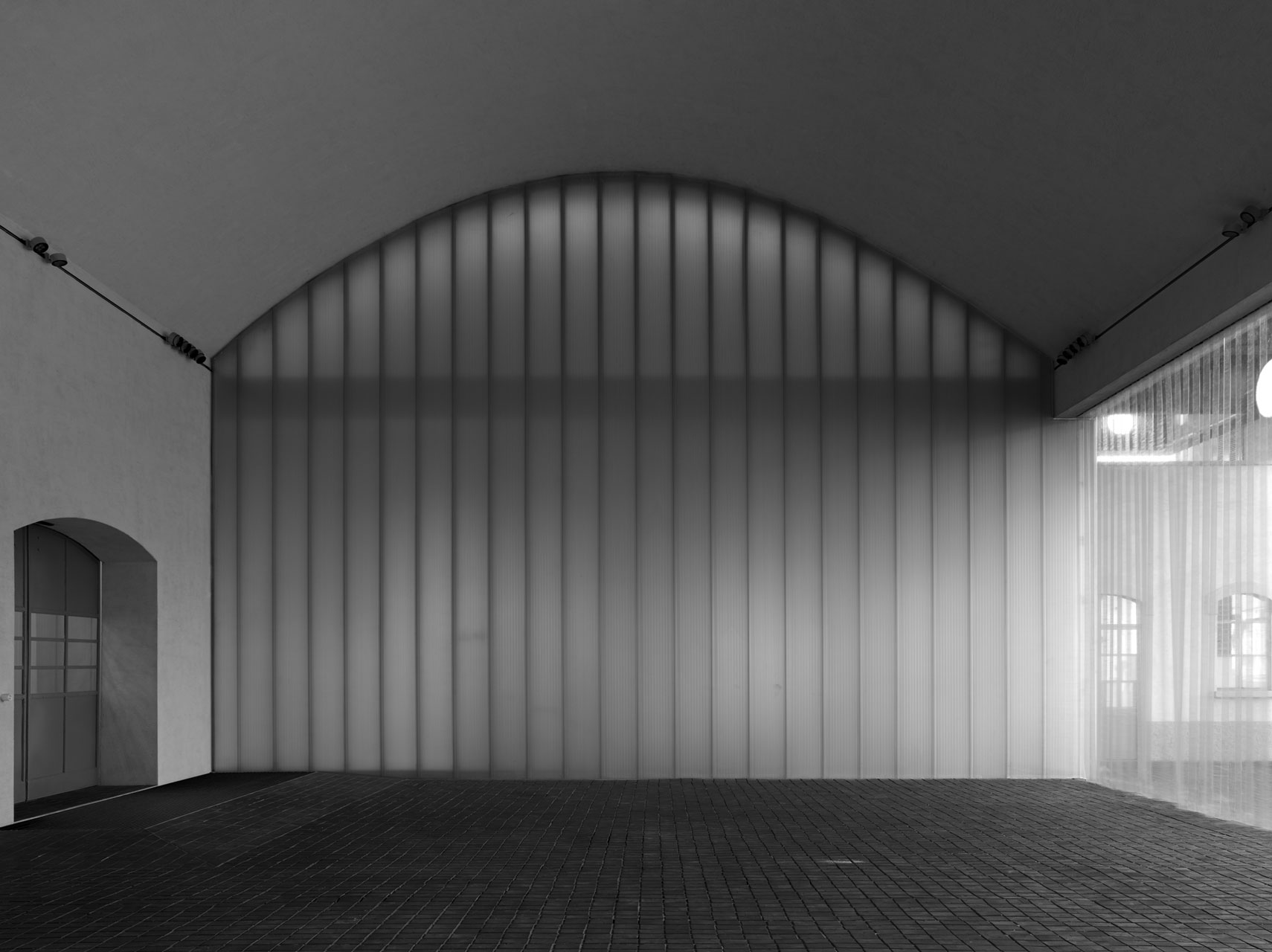 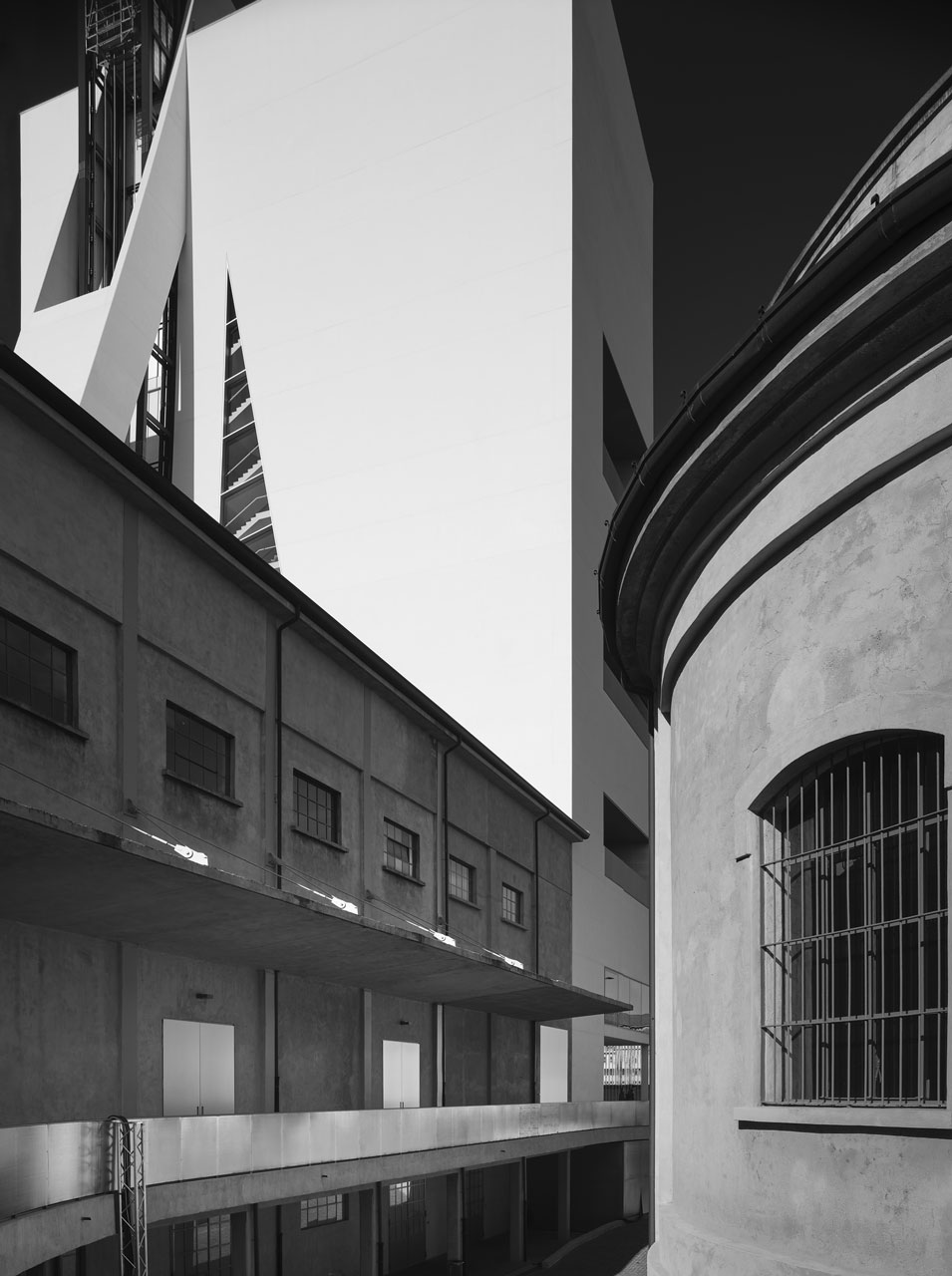 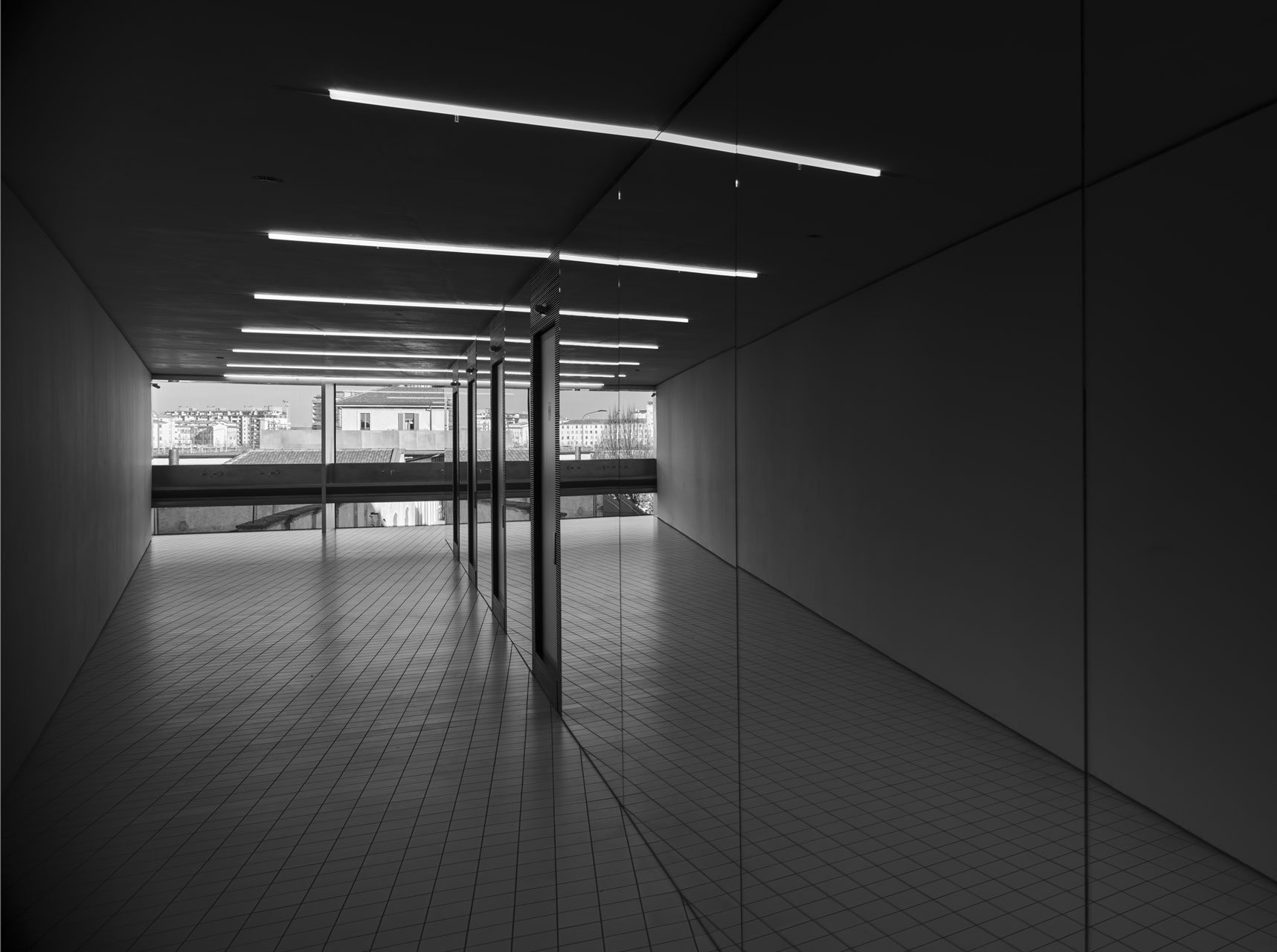 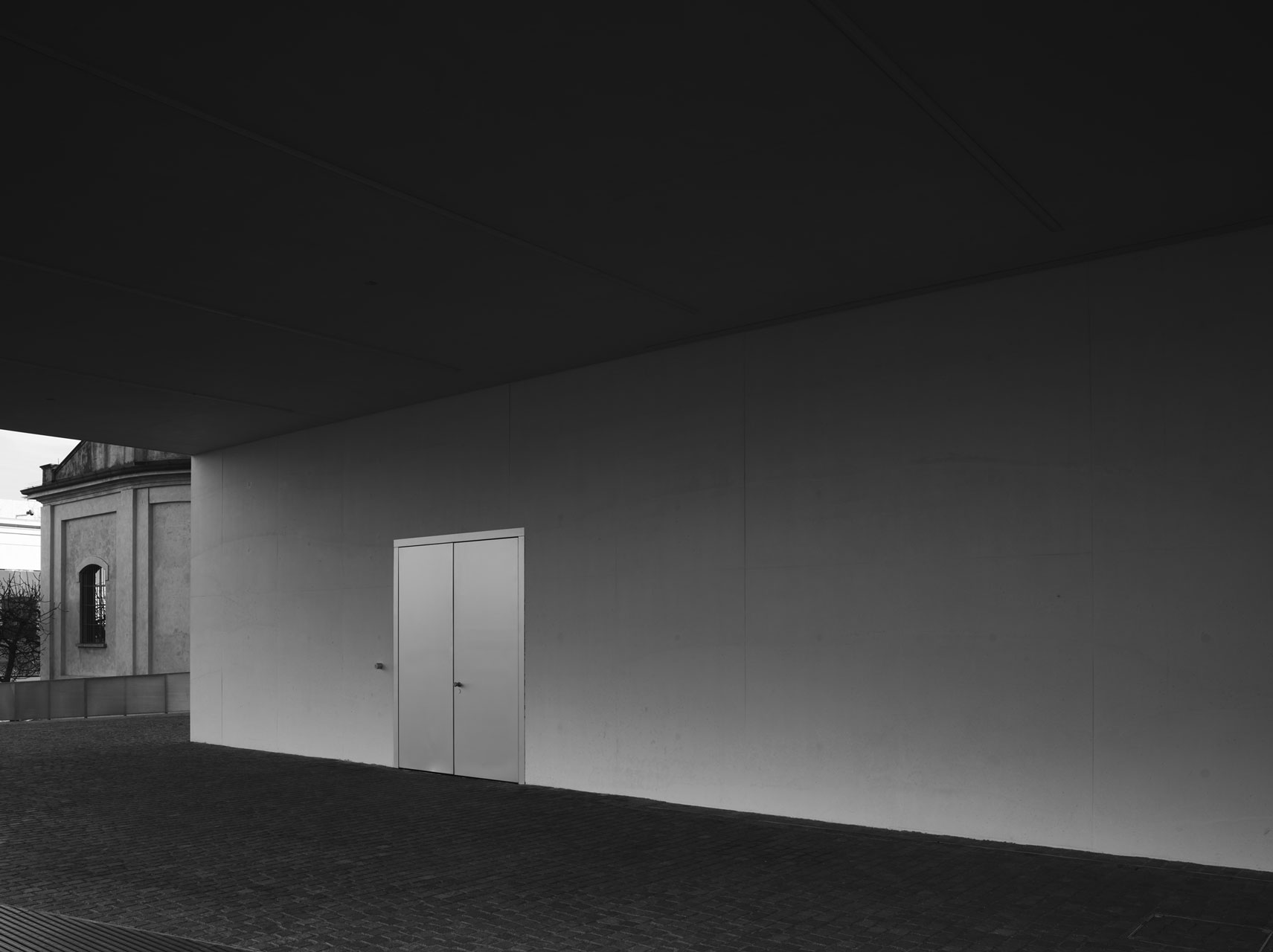 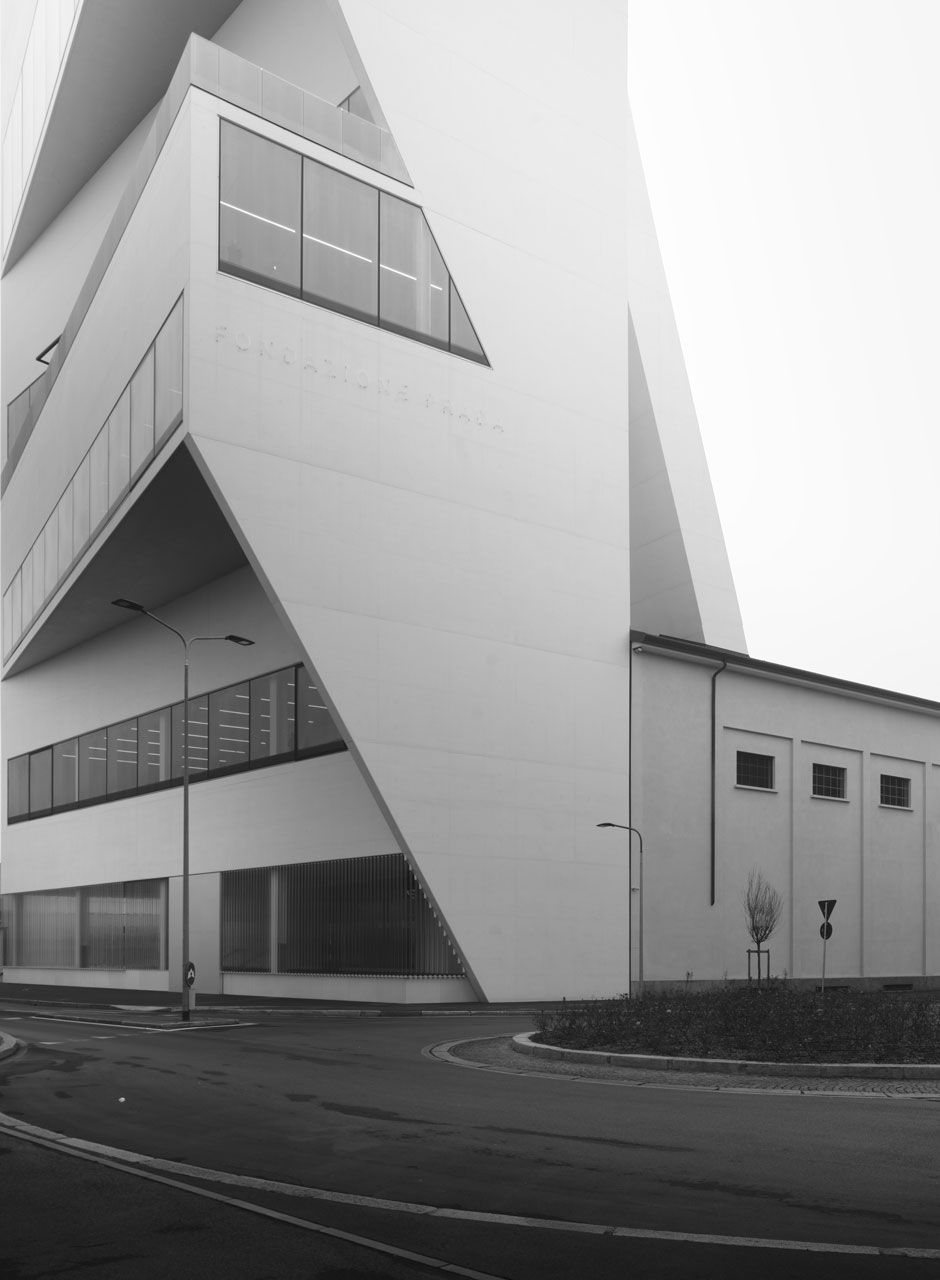 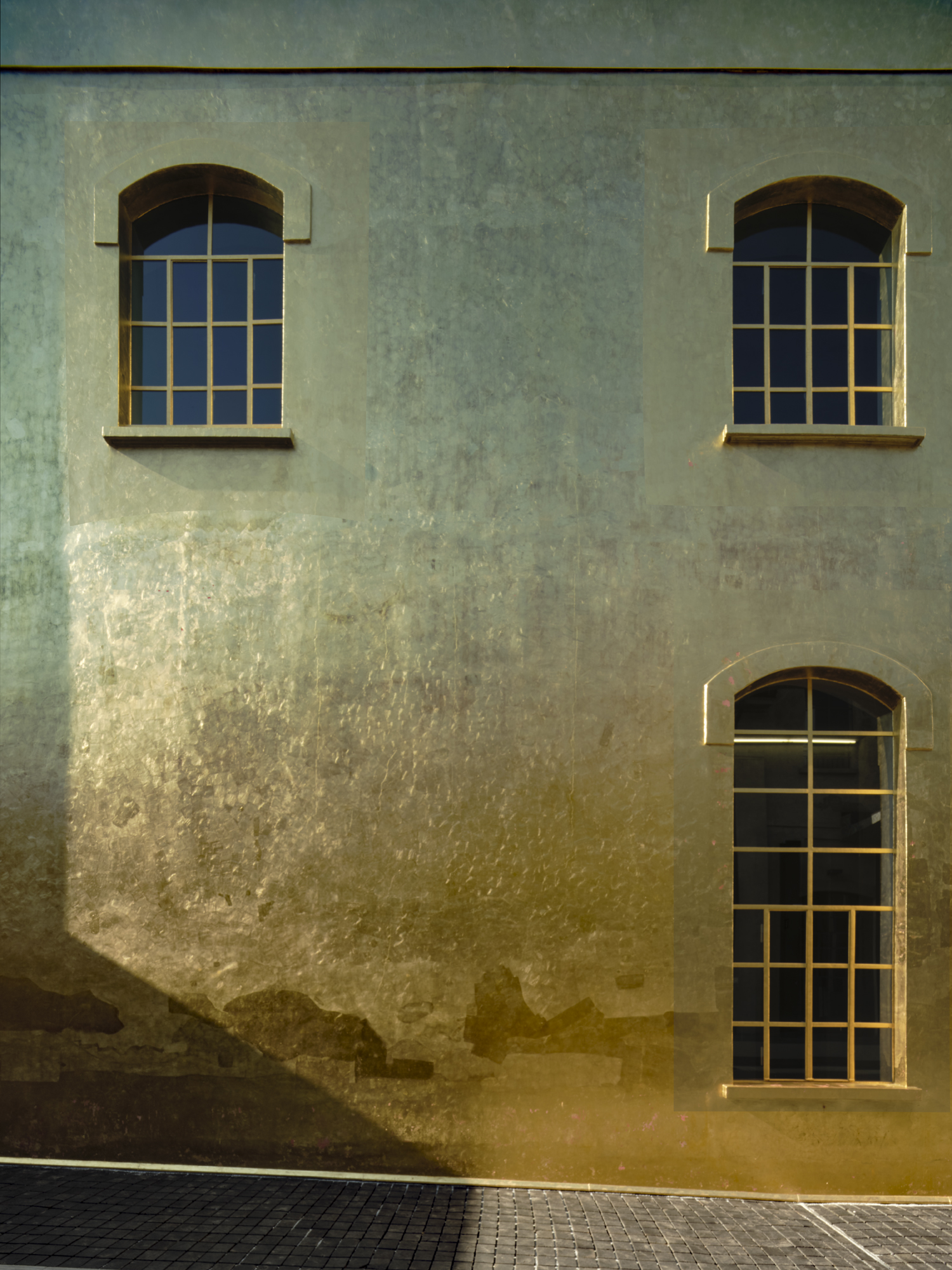